The initial act of the Marinada de Sitges promotion was signed on November 16, 2020.

The works of this promotion of 43 homes promoted by the SALAS Foundation began the day after the signing, on November 17, 2020.

Located in the streets Mestre Manuel Torrens, 15 and Abadessa Mª Dalmau in the municipality of Sitges, the work is already with security fence around its perimeter. In addition, the excavation and earthmoving, the execution of the foundation slabs of blocks A and B and the assembly of the cranes necessary for the work have already been completed.

During this month of January, the pillars and perimeter walls of the basement have begun to be executed. 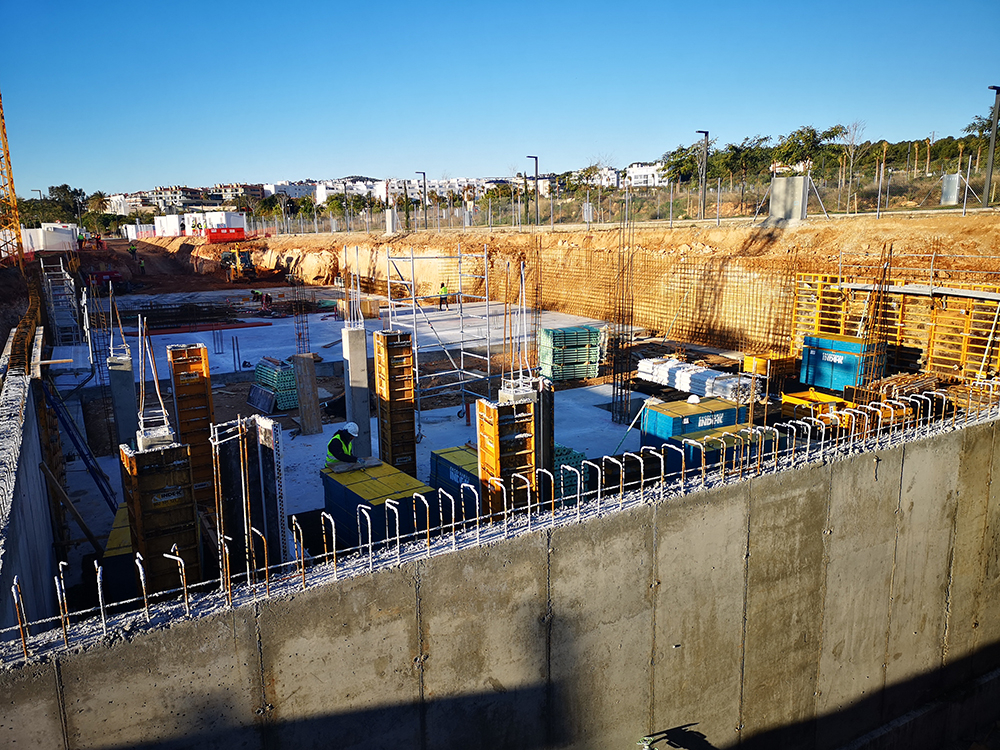