The problem of the free housing market

40% of Catalan households have to work hard to pay the rent. It is one of the highest values in the European Union, 15 percentage points above average.

Overexertion in paying for rental housing at market prices:
percentage of households that spend more than 30% of their income on it.

Unfortunately, this situation is especially serious in the case of lower incomes, which go to allocate between 50 and 60% of their income to pay rent.

If we take into account that almost 70% of tenants in Catalonia are concentrated in the first 5 deciles of income (that is, they correspond to the lowest incomes), we will get a more accurate idea of the difficulties that a part suffers. important part of society.

Percentage of income intended for the payment of rent according to income deciles. 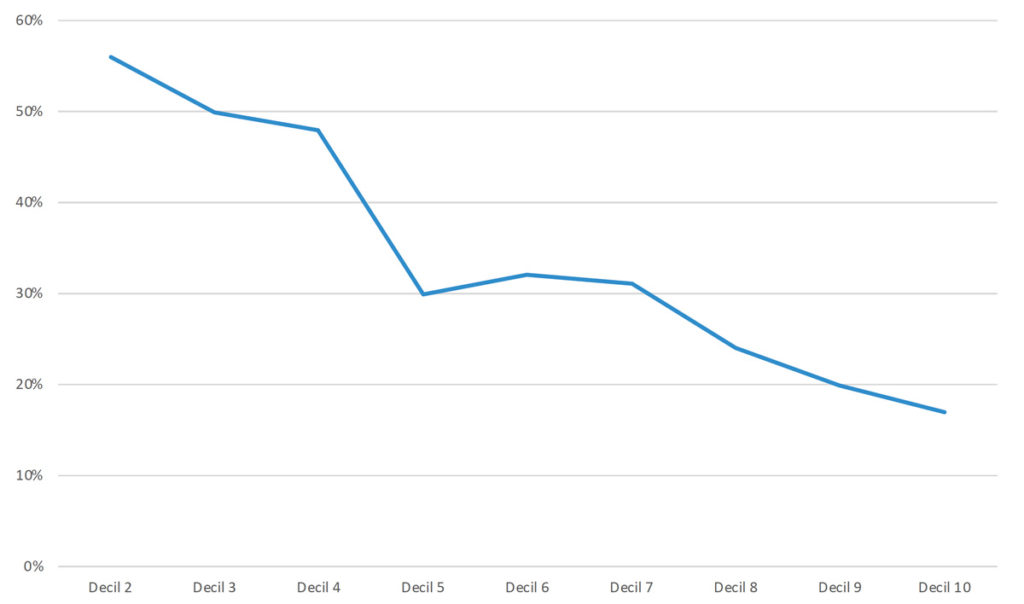 Source: Own elaboration based on data from the 2012 Living Conditions Survey.

The following table analyzes the maximum costs of a sustainable rent for each of the income deciles. The study shows how a large part of the population can only cope without overexertion with rental costs between 179 and 500 € per month.

These figures clearly show that the free market cannot respond to the needs of the entire population and what Decisive policies and actions are needed in favor of social rental housing if we want to fight against residential exclusion . 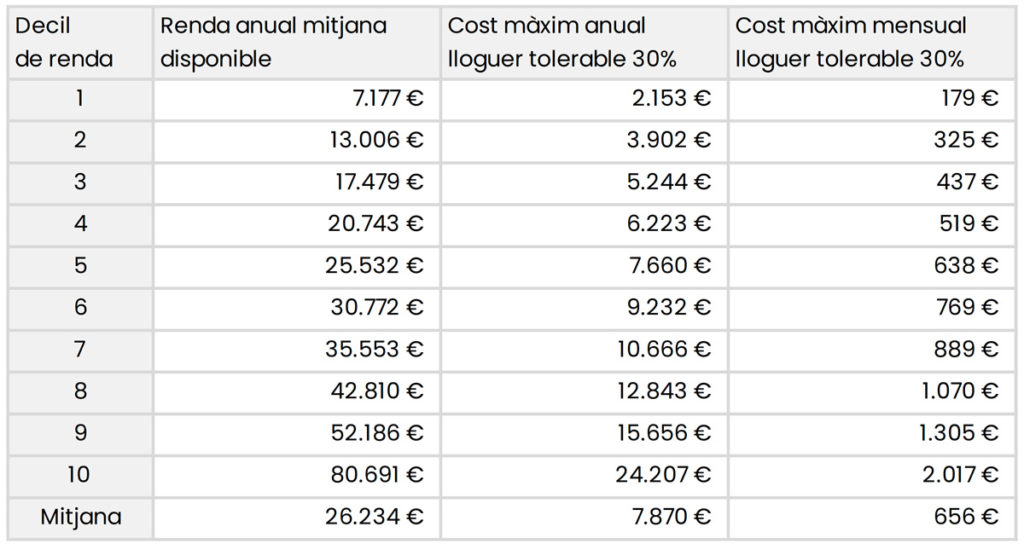 Source: Own elaboration based on data from the 2012 Living Conditions Survey applied to 2018.

The offense to the people
with a disability

In this context of difficulty in accessing housing due to its cost, the situation of people with disabilities stands out with special drama, as their situation is aggravated by the very small proportion of available housing, as less 1% of the housing stock is accessible.

As a result, they have to bear rehabilitation costs or pay a higher rent in order to access housing tailored to their needs.

According to the study “Economic grievance of people with disabilities in the city of Barcelona”, based on data from 2017, the extra cost borne by this group is between 17,700 and 41,200 euros per year 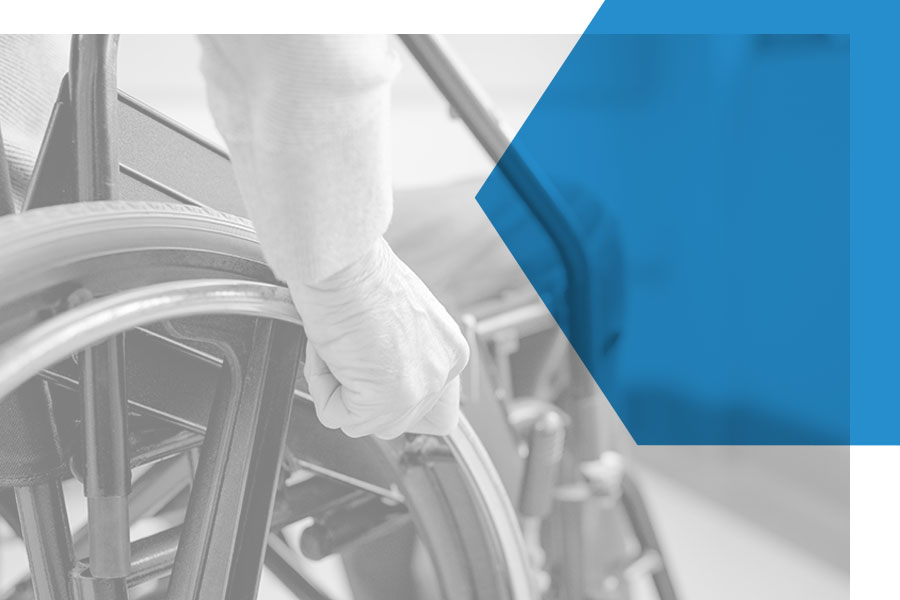 More about social housing for rent:

The social function of housing

Access to housing is key to achieving sustainable, secure and inclusive cities and societies
More

The problem of the free market

The situation in Catalonia

Social rental housing in Catalonia represents only 1.5% of the total park
More